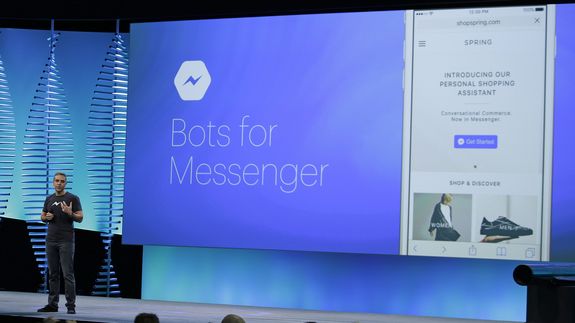 Facebook Messenger will soon get a lot more crowded.

There are more than 10,000 developers building bots for Facebook’s messaging platform, Messenger’s head of product said in an interview Tuesday.

SEE ALSO: Why messaging bots are a looming security threat

Speaking in an interview at TechCrunch Disrupt on Tuesday, Stan Chudnovsky said there are «tens of thousands» of developers currently working on bots for the platform. That represents a huge increase from the few dozen bots that initially launched.

While it’s not clear how many new bots Facebook’s launched since last month’s F8 developer conference, it would appear the social network is now ramping up the process for developer partners. Messenger’s director of product management Peter Martinazzi previously told Mashable the company opted to take a slow approach initially in order to help protect against spam and other security concerns — among other reasons — but it makes sense Facebook would be looking to accelerate the process for developers now that they’ve had some time to learn from the early launch.  Read more…